To share your memory on the wall of Marilynn Klopp, sign in using one of the following options:

She was a member of Life Center Church in Harrisburg. Sue was an English teacher as well as an ESL teacher for many years. God gave her a missionary's heart, and she often spoke of her desire to teach English and the Christian Faith in China. Though she never made it to China her vocation as an English teacher put her in contact with many foreign students, from the children of ambassadors in New York City to the inmates of Dauphin County Prison to refugees from China and Vietnam. She treated every student as a friend.
In addition to her parents, she was preceded in death by one sister, Patricia Dyer.

Funeral services will be held Monday, May 24, 2021 at 2 p.m. at Messiah United Methodist Church, Shippensburg with Mr. Christopher Klopp and Rev. Vinny Sakore officiating. Burial will be in the Spring HIll Cemetery. A viewing will be held one hour prior to the services at the church.

Receive notifications about information and event scheduling for Marilynn

Consider providing a gift of comfort for the family of Marilynn Klopp by sending flowers.

We encourage you to share your most beloved memories of Marilynn here, so that the family and other loved ones can always see it. You can upload cherished photographs, or share your favorite stories, and can even comment on those shared by others.

Thank you for honoring mom's memory. We all appreciate it.
CW

Posted May 19, 2021 at 08:24pm
Only knew the Dyer family when I was in HS in Shippensburg. Her dad was the HS Orchestra leader as well as my violin teacher. Sue, as I knew her was the closest to me in age. I believe Patricia was the eldest & Judy the youngest. They were all in the orchestra & all were redheads. I didn't know she had been a teacher and I'm sure a very good one. I have a friend who is an ESL teacher also and that takes a talent that not all possess. Condolences to her family. Connie Clark Walker, Pensacola Florida
Comment Share
Share via:
CK

Thank you, Connie. Your kind words mean a lot. 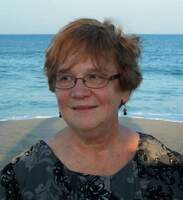