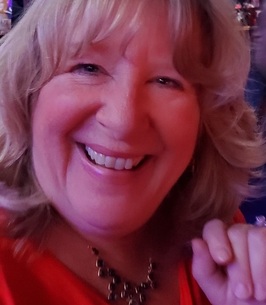 Wenda Lynn Newhouse passed away Tuesday, May 31, 2022 at the age of 56 following a short battle with pancreatic cancer. She was born in Killeen, TX on September 25, 1965 to the late C. Richard and Shirley (Mason) Weller.

Wenda grew up in the small town of Shippensburg, Pennsylvania with both of her parent’s large families living in close proximity. She spent much time with her two brothers as well as her many cousins in the area. Her parents’ family pool became the regular gathering place for all the aunts, uncles, and cousins almost weekly and she was very close to all of them throughout her life.

Upon graduation from York College, Wenda worked as a nurse, largely in oncology, for several years in Pennsylvania and in Kalamazoo at Bronson Hospital. She later went on to work for Upjohn Company in new product development. Wenda retired from nursing to raise her family as her husband’s career brought them to Australia for a few years and subsequently to Ireland before settling back in Michigan.

Wenda enjoyed the opportunities of living abroad traveling with the family through Europe and the far east making lifelong friends along the way. She also became involved in a Kellogg ex-patriate support group for families working abroad and later headed up the program in the Battle Creek/Kalamazoo area.

As her children grew she supported their activities as a Cub Scout and tennis Mom for son Ryan. As daughter Celia became involved in equestrian event riding, Wenda was a dedicated “stable Mom” and spent much time helping at the horse farm and events with her “farm family”.

Wenda was also a prolific volunteer in the community. She was particularly dedicated to the issue of hunger and spent many tireless years volunteering in various capacities at the Food Bank of South Central Michigan and also served on the board where she later met her husband Jeff.

Her ex-patriate group and the Food Bank volunteering overlapped and she organized many of her ex-pat friends to also volunteer at the Food Bank and dubbed themselves the Tiger Gals.

In recent years she and Jeff have enjoyed life, traveling around the state and country to events, concerts, Tiger games and just entertaining friends. New York City and Nashville, TN were some of her favorite spots. They also enjoyed spending time with friends at a local camping resort. She enjoyed her home on the lake and many evenings were spent on the boat watching the sun set and enjoying the “end of day”, often while dancing to their favorite songs.

Wenda was an extraordinarily thoughtful, caring and generous person. She would remember (and write in her paper calendar) every birthday, anniversary, special day, death of a loved one, etc., of her family and many friends. Sending cards recognizing all of the various occasions was instinctive to her and she never missed the opportunities. Virtually anyone she regularly interacted with in her life became a dear friend.
She enjoyed making everyone feel special and cared for and especially liked to spoil the kids, grandkids (and granddogs) by sending gifts on virtually any opportunity.

Once Wenda was diagnosed with cancer she was showered with the love and prayers of her family and friends from around the world. Those prayers brought daily miracles that sustained her for much longer than doctors originally believed.

A Celebration of Life service will also be held in her hometown of Shippensburg, PA at Middle Spring Presbyterian Church on Saturday, June 18th at 12:00 noon. The family will greet friends and family Friday, June 17th from 5-7 pm at Fogelsanger-Bricker Funeral Home.

Wenda had a heart for helping people in our community. If you wish to make a donation in her memory, please do so to the local organization that your heart beats fast for.