To share your memory on the wall of Wayne Hawkins, sign in using one of the following options:

Wayne graduated from Big Spring High School in 1964. Upon graduation, he served in the United States Army in Korea for two years. After his military service, he worked at Bogar Lumber Company. While employed there, he learned his carpentry trade from David Karper, an excellent cabinet maker in the Shippensburg area. He wanted to learn more about commercial building, so he sought employment with a commercial building company.

While learning about construction, he also worked thirteen years at Letterkenny Army Depot. Upon his son’s graduation, they formed together a construction company which they called, Hawkins’ Construction. Wayne retired from the company, but never lost his love for remodeling and working with lumber.

Besides working, Wayne loved to go boating at Raystown, traveling in the camper to see and learn more about all the beautiful areas in our country, and attending Southern Gospel Music concerts. He loved to go on mission trips with his church family and also with some friends from Greencastle. One of his favorite missions’ trips was in Kruiningen, Netherlands, where he met John and Donna Oostdyk. They taught him more about organizing and working on mission trips.

Wayne grew up on a farm and never lost his love for animals. He loved ducks and chickens and even cared for several in his backyard at his home. He loved dogs, but Sparky, a stray cat, who adopted him, stole his heart and changed his mind.

Wayne was a member of Prince Street Church and over the years served on the administrative board and several commissions. He loved missions and served as mission chair for many years.

Services will be held at the Prince Street Church on Wednesday, May 12, 2021 at 1:00 p.m. Pastors John W. Shadle and Nathan Boggs will officiate. A viewing will be held one hour prior to the services at the church. Burial will be in the Cumberland Valley Memorial Gardens with Military Honors conducted by the Oscar M. Hykes American Legion Post #223 Minutemen.

In lieu of flowers, donations can be made to the Mission Commission at Prince Street United Brethren Church, 20 N. Prince St., Shippensburg, PA 17257.

Receive notifications about information and event scheduling for Wayne

Consider providing a gift of comfort for the family of Wayne Hawkins by sending flowers.

We encourage you to share your most beloved memories of Wayne here, so that the family and other loved ones can always see it. You can upload cherished photographs, or share your favorite stories, and can even comment on those shared by others.

Posted May 20, 2021 at 12:19pm
What a terrible loss, such a great man! Mr. Hawkins was very personable, with a great sense of humor and a great builder. We still do not quite understand how he incorporated our library so that it looks like it was built with the house. He will surely be missed. Our condolences to Pat and Jason and the grandchildren.
Comment Share
Share via:
JO

Posted May 13, 2021 at 08:53am
Dear Pat, Here is just one of the many photo's that will keep Wayne close to my heart. Such an amazing friend and man of vision. I treasure our friendship across the years and across the waters. I treasure also the respect he had for my vision and mission and the efforts he put out to bring teams over several times. I will miss him so much. Every time he came over we would go to Wemeldinge to get a dame blanche chocolate ice cream. The first time he couldn't say it correctly, so it became our 'dumb blond'' joke. Of course, there are many more experiences with a bit more spiritual perspective. But we could laugh about the subtile cultural and language differences. From a good friend from Kruiningen in the old Zeeland. John Oostdyk 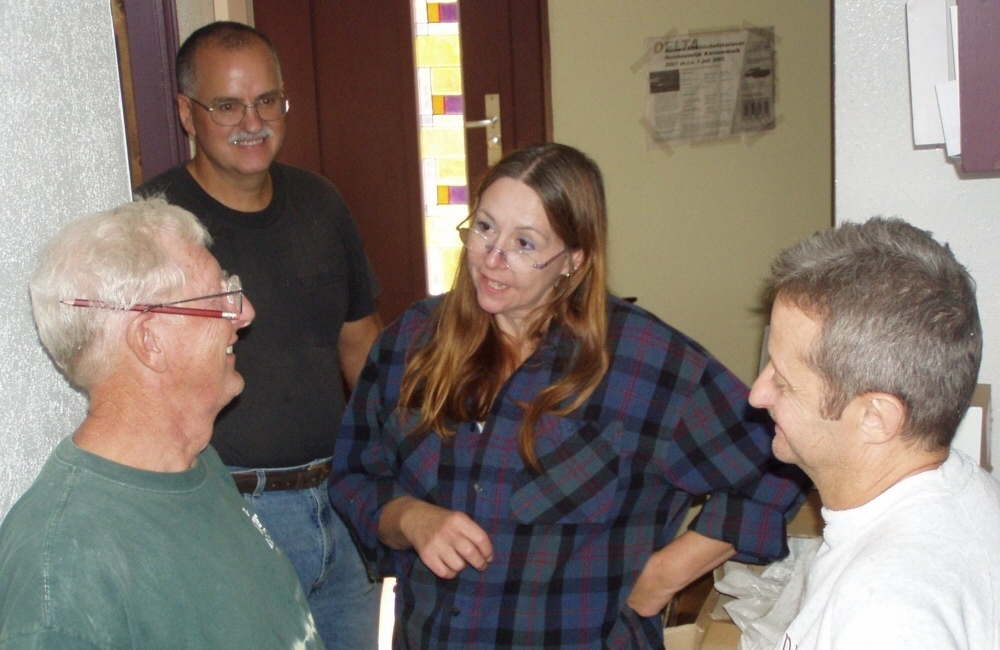 Posted May 08, 2021 at 04:56am
I can share several examples of Wayne's giving and caring heart. I worked for him right as I left the Army. It was less than a year of employment when he offered to co-sign a loan for my first truck. I didn't ask but he saw the need. Years later I worked over the summer for him. I broke down on my way to work. He picked me up and we went back to get a car dolly. We then went to work for the day (several hours late). He didn't think twice about paying me for the entire day. Even after I made him late, caused extra work, and he drove my car to the shop. You taught me so much about how to be a good person. Thank you!
Comment Share
Share via: 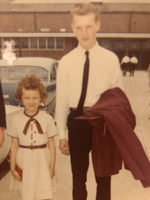 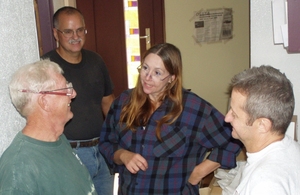