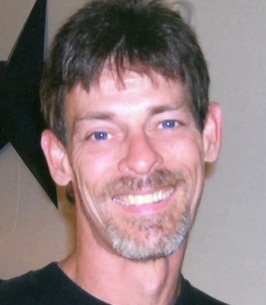 Steven N. Goff, 62, of Shippensburg, passed away on Sunday, June 5, 2022 at the Chambersburg Hospital.

Born Tuesday, November 24, 1959 in Minonk, IL, he was a son of the late Bobbie H. Goff and Donna Jean Shetler Knabe, Washington, IL.

Steve was of the Baptist faith. He was a United States Army Veteran.

He retired in 2015 from Letterkenny Army Depot where he was a heavy mobile equipment mechanic.

Steve was a member of the Oscar M. Hykes American Legion Post # 223, Durff-Kuhn VFW Post # 6168, Minnequa Social Club, and the Loyal Order of Moose Lodge #2500, and the Shippensburg Fish and Game Club, all in Shippensburg.

He was also a member of the Cumberland Valley Lodge # 315 F & A.M., Shippensburg, where he served as Past Master, Worshipful Master, Senior Warden, and Junior Warden. He was a Past Vice-President of the Widows Sons Masonic Riders Association.

In addition to his father, he was preceded in death by a brother, Jim Goff.

Steve’s family would like to give a special thank you to Josh in the Chambersburg Hospital CCU Department for his outstanding care given to Steve during his stay at the hospital.

A private Masonic service conducted by the Cumberland Valley Lodge # 315 F & A.M. will be held at the convenience of the family.

In lieu of flowers, memorial contributions may be made to the Shippensburg Fish and Game Club, 4498 Maclays Mill Road, Shippensburg, PA 17257 or the American Kidney Foundation of Central PA, 900 S. Arlington Ave, #134 A Harrisburg, PA 17109.