To share your memory on the wall of Richard Shumway, sign in using one of the following options:

Print
Richard “Dick” Shumway, age 67, of Shippensburg, passed away on January 13, 2021. He was in Texas on a veteran deer hunt with his brother.

At his request, no services will be held.

At his request, no services will be held.

He was preceded in death by his parents, Wilbur and Chastine (Lohman) Shumway and his sister, Sandy Jukkola.

He is survived by his wife of 43 years, Beverly Watts Shumway, his son, Jacob (Kristin) , his daughter, Jennifer, his son, Rick (Tiffany), and his daughter, Rachel (Richie) Schwartz; his brother Art, and his sisters, Susie Brummett, Florence Dixon and Betty Franklin. He had five grandchildren that were true blessings to him.

Dick’s family moved from Indiana to Memphis, Tennessee, where he met his future wife. Dick worked as a DOD computer Specialist with the government for 35 years. This job took him to Pennsylvania along with his wife and four children in 1995.

Dick loved coaching, farming, being outdoors, and helping others. He lived a life of service and took the opportunity to help his friends often with an unparalleled sense of humor. He was the lead on Hound Packs in our community where weekend meals were provided to children with food insecurities.

He served his country in the Army during the Vietnam War. He was on several committees at the Shippensburg First Church of God. Dick was a man that put his faith in The Lord Jesus and gave his all. He expected the best of himself and instilled that in the people he touched. Hard work, compassion and humility are pillars that his life stood upon.

Receive notifications about information and event scheduling for Richard

Consider providing a gift of comfort for the family of Richard Shumway by sending flowers.

We encourage you to share your most beloved memories of Richard here, so that the family and other loved ones can always see it. You can upload cherished photographs, or share your favorite stories, and can even comment on those shared by others.

Posted Jan 28, 2021 at 05:24pm
While Richard and I didn't always see eye to eye we respected each other and I came to think of him as a good friend! I learned a lot from him during my time at DLA. I loved talking about baseball and hunting with him! He always talked about his family lovingly my sympathy goes out to Beverly and his whole family! He will be missed! -Dan Kanagy
Comment Share
Share via:
DS

Posted Jan 28, 2021 at 10:17am
Whenever I think of Dick, I think happy. And, no surprise, because he was married to Mrs. Happy, Beverly. I always walked away from seeing either of them feeling encouraged and uplifted. Dick was a great husband and father. His wife and children knew that he loved them. I am grateful to see that the outward expressions of his faith were very strong at the end of his life! Our family sends our sympathy and understanding. But most of all we send our love. When my husband died, Dick and Beverly provided the grave stone for my husband's grave. That's the kind of man he was. Quiet, behind the scenes, meeting needs. What a blessing. " Eye has not seen, nor ear heard, Nor have entered into the heart of man the things which God has prepared for those who love Him." I Cor. 2:9 His earthly happiness is far surpassed by his eternal joy.
Comment Share
Share via:
BS

I had forgotten about Paul's grave stone. Thank you for that reminder and the kind words. I will take that scripture to heart!
KC

Posted Jan 27, 2021 at 10:37am
Dear Beverly and family you are in my prayers. I worked with Richard when he arrived to the J6 shop at New Cumberland. What a refreshing Joy he was. Richard (who I called Ricky Lee) and Wally were angels sent from Memphis to share duties with Bill Byers and me. Richard always kept a kind and positive attitude; he always gave his support, knowledge and time just for the asking. Richard would share his kids adventures and we would giggle and laugh. He always loved to talk about his sweet little Rachel, and how great Ricky was with baseball, how proud he was of his Jennifer and Jacob. Richard never could say enough about you, his amazing wife. Working with Richard will truly be one of my most favorite memories during my career in J6. God bless you and may you feel God's arms holding and protecting you as you go through this difficult time. Katy Cornter-Wentz
Comment Share
Share via:

Posted Jan 25, 2021 at 08:50pm
I first met Dick at baseball. He just liked to watch the boys having fun. Then I got to work next to him at New Cumberland J6. He was a hard working person. I enjoyed him as a coworker. He seemed to always have a smile on his face. When I left New Cumberland he retired into a position that I left. I would run into Dick in Shippensburg at wing night or wild game night. He would always make time to talk. I will miss him, even though we didn't get to see each other much. Prayers for his wife and children. I know Dick will be deeply missed. May God comfort you and give you peace.

Posted Jan 25, 2021 at 03:05pm
Dick was an Awesome man, had a great personality, loved people, loved the Lord. Loved his wife and family. An around blessing to the community, especially to the SFCOG. May he Rest In Peace.
Comment Share
Share via: 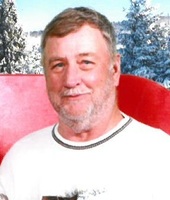