To share your memory on the wall of Reverend Guy Baer, sign in using one of the following options:

Guy is survived by his four children, The Rev. Dr. Timothy R. Baer (Ann) of Mechanicsburg, Karen S. Baer of Williamstown, Ruth A. Dietz (Chub) of Wexford and Kenneth D. Baer (Amy) of Mechanicsburg. He is also survived by his sister, Thelma Shannabrook of Newport News, VA., seven grandchildren and eleven great grandchildren as well as nieces and nephews.

Guy received his Bachelor of Arts degree in 1963 and achieved his Master of Divinity degree from Lutheran Theological Seminary at Gettysburg in 1968. He served as pastor of Mt. Vernon UB from 1954 to 1955, assistant pastor of Etna Ave UB in Huntington IN from 1955 to 1958 and pastor of Pleasant Hill UB in Greencastle from 1958 to 1963. He ministered as pastor of Cold Springs UB in Fayetteville from 1963 to 1964 and assistant pastor of King St UB in Chambersburg from 1964 to 1966. He was associate pastor of St Paul UMC in Chambersburg from 1966 to 1970 and pastor of Greenwood UMC in Altoona from 1970 to 1974. Guy was Associate Director of the Central Pennsylvania Conference Council on Ministries from 1974 to 1981. He served as pastor of Shiremanstown UMC from 1981 to 1992 and Bellefonte Faith UMC from 1992 to 1996.

The celebration of Guy’s life will be held on Saturday May 1, 2021 at St. Paul United Methodist Church with the Rev John Kratz officiating. Family will receive friends at 10:00 with the service commencing at 11:00 followed by interment at Mongul cemetery.

Receive notifications about information and event scheduling for Reverend Guy

Consider providing a gift of comfort for the family of Reverend Guy Baer by sending flowers.

We encourage you to share your most beloved memories of Reverend Guy here, so that the family and other loved ones can always see it. You can upload cherished photographs, or share your favorite stories, and can even comment on those shared by others.

Our heartfelt sympathy to the family. I am so sorry that we cannot attend the services as we are still in Florida. Uncle Guy (my father Edgar's brother) was always my favorite uncle. It was an honor to have him perform the ceremony to marry my husband and I on Valentine's Day in 1965. I will always have fond memories of Uncle Guy and Aunt Eleanor. Their loving care and support were always there for all the family.

Posted Apr 26, 2021 at 08:58am
Our sympathy to the family of Reverend Guy Richard Baer. Many memories during our high school years
He was always there to help.
CLASS OF 1953
CHAMBERSBURG, HIGH SCHOOL
CHAMBERSBURG, PENNSYLVANIA
Comment Share
Share via:
BK

Posted Apr 25, 2021 at 09:25pm
My deepest sympathy to Karen, Tim, Kenny, Ruth and the extended families for your loss. We all know that Uncle Guy and Aunt Eleanor are together in the presence of the Lord right now. It is so comforting to have that assurance. I pray that your memories will bring you much comfort now and in the future. I hope to see you all at the services. Barb and Rich Kelly
Comment Share
Share via:
ME

Posted Apr 24, 2021 at 06:16am
Ken and family, thinking of you and praying for you in this sorrowful time. May your memories comfort you. Maggie Emery
Comment Share
Share via:
PS

Posted Apr 23, 2021 at 06:05pm
What a great man and great family. You are in my thoughts and prayers. Thanks be to God for the resurrections of Jesus who has taken Guy home for all eternity and the assurance of His presence with HIM always. I will be with you always. until the end of time. Rev. Peggy Spengler
Comment Share
Share via: 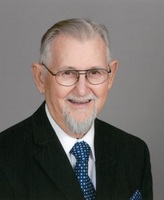 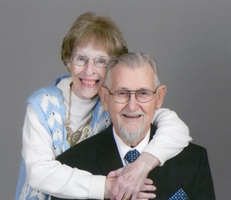 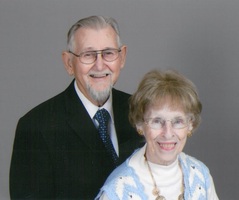 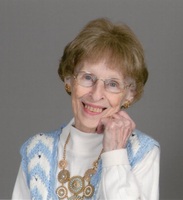