To share your memory on the wall of Jay Byers, sign in using one of the following options:

Print
Jay Clarence Byers, 94, of Newburg, departed this life on the evening of Sunday, February 14, 2021, at WellSpan Chambersburg Hospital.

He was born on December 11, 1926, in Hopewell Twp., Cumberland Co., a son of the late John A. and Mary... Read More
Jay Clarence Byers, 94, of Newburg, departed this life on the evening of Sunday, February 14, 2021, at WellSpan Chambersburg Hospital.

Jay had several jobs over his lifetime. In his younger years, he started working at the former Penn Pants, where he met his future wife Evelyn. Jay then worked at, the former Valley Baking Co., Letterkenny Army Depot, New Cumberland Army Depot, and NSA Mechanicsburg, from there he retired. Jay had also went to school for refrigeration, television, and radio repair and he owned and operated a small local repair business as well as a Westinghouse appliance dealer. Jay was known to be his family’s collector of miscellaneous spare parts and “Mr. Fix-It.” He was able to fix just about anything and if Jay couldn’t fix it, then it was really broken. Jay also took great pride in being able to help his son’s with building their own homes.

He was a member of the Green Spring First Church of God and served as a trustee for many years. Sometime in the 1970’s Jay and Evelyn traveled to Israel to tour the Holy Land which was a very powerful experience for the both of them. Jay was also a charter member of the Newburg-Hopewell Volunteer Fire Co. No. 51. In his free time, Jay liked to hunt deer, cut wood, and in the spring, trap groundhogs. He enjoyed spending time in the mountain and being on his tractor any chance that he was able, and very much looked forward to spending time with his family, especially his grandchildren and great grandchildren.

In addition to his parents, Jay was preceded in death by his wife, Evelyn (Singer) Byers, who died on July 27, 2012; daughter-in-law, Donna R. Byers; step grandson, Steven Smith; and two brothers, Albert and Merle Byers.

His funeral service will be held at 11:00 a.m., on Monday, February 22, 2021, at the Fogelsanger-Bricker Funeral Home & Crematorium, Inc., Shippensburg. Pastor Philip E. Steele and his son, Pastor John E. Byers will officiate. Interment will follow in the Spring Hill Cemetery. Viewing will be one hour prior to the service on Monday at the funeral home.

Memorial contributions may be made to the Green Spring First Church of God.
Read Less

Receive notifications about information and event scheduling for Jay

Consider providing a gift of comfort for the family of Jay Byers by sending flowers.

We encourage you to share your most beloved memories of Jay here, so that the family and other loved ones can always see it. You can upload cherished photographs, or share your favorite stories, and can even comment on those shared by others.

Posted Feb 16, 2021 at 05:19pm
Our prayers and thoughts are with you, Pastor John. I was heart-broken to hear that your dad left this earth but praise God to know that he has now been reunited with his loving wife in the presence of Christ. May your tears of grieve quickly turn to joy. Jay was a wonderful man, generous, loving, and caring!
Comment Share
Share via:
MK 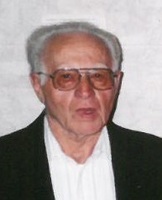