To share your memory on the wall of Donald Beckenbaugh, sign in using one of the following options:

Print
Donald R. Beckenbaugh, 86, of Shippensburg, departed this life on the morning of Sunday, June 6, 2021, at his home.

He was born on August 21, 1934, in Shippensburg, a son of the late Earl R. and Leila (Haulter) Beckenbaugh. Donald was a 1953 graduate of Shippensburg Area Senior High School and an honorably discharged U.S. Army veteran, serving from 1956 until 1958. He married Helga A. Schwarz on January 26, 1960, in Heidelberg, Germany.

Donald worked for DESCOM at the Letterkenny Army Depot for thirty-nine years, retiring as a supervisor in 1991. He was a long-time and active member of the Messiah United Methodist Church, Shippensburg.

Many will remember Donald from his time spent volunteering of the Shippensburg Area Little League. Since the 1970’s he served in many capacities, from coach and umpire, to grounds keeper in his later years, Donald was a fixture at Doc Norcross Stadium, and was always willing to pitch-in to do whatever needed to be done. He also spent some time as equipment manager for the Shippensburg University Raiders football team.

In keeping with his life-long love of sports, Donald was a thirty-seven year season ticket holder of the Philadelphia Eagles and it is said that he only ever missed two home games over all those years. When baseball season rolled around, he would root for the Philadelphia Phillies and the New York Yankees. Another thing that Donald enjoyed was keeping in touch and getting together with his classmates from the class of 1953. His family was very important to him and he loved spending time with his granddaughters.

In addition to his parents, Donald was preceded in death by his brother and sister-in-law, William E. and Betty Beckenbaugh.

His memorial service will be held at 2:00 p.m., on Thursday, June 10, 2021, at the Messiah United Methodist Church, Shippensburg. The Rev. Dr. Francis H. Norton will officiate. Interment will follow in the Spring Hill Cemetery. Visitation will be one hour prior to the service on Thursday at the church.

In lieu of flowers, memorial contributions may be made to either the Shippensburg Area Little League or the Messiah United Methodist Church.
Read Less

Receive notifications about information and event scheduling for Donald

Consider providing a gift of comfort for the family of Donald Beckenbaugh by sending flowers.

We encourage you to share your most beloved memories of Donald here, so that the family and other loved ones can always see it. You can upload cherished photographs, or share your favorite stories, and can even comment on those shared by others. 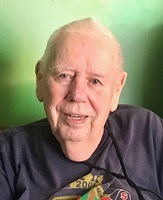 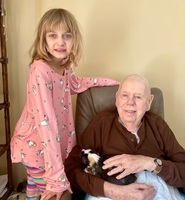 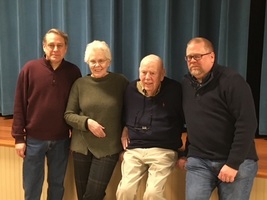 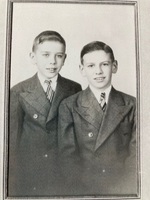