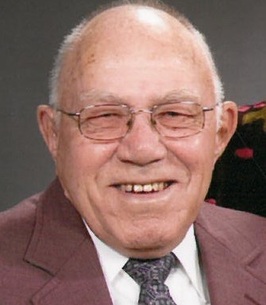 He was born on October 13, 1932 on the Letterkenny family farm, a son of the late Arthur and Catherine (Grove) Keller.

Dean was a 1952 graduate of the Shippensburg High School. In 1954, he married Marian Imes of Juniata County and later had two sons.

He began his early employment working for Johnnie Davidson, delivering fuel oil and performing various mechanical duties around the restaurant and service garage. He was very independent and later became a Mack dump truck owner/operator. He worked several years with John Walters Excavating in Newville and also contracted his truck during the construction of the new PA Turnpike tunnels. In 1972, he contracted another truck delivering concrete building blocks for York Building Products out of their Harrisburg, York, Thomasville, and Aberdeen, MD plants until his retirement. Following retirement, Dean worked part-time for many years as a customer service driver for Bobby Rahal Lexus on the Carlisle Pike, Mechanicsburg.

In his spare time, Dean and Marian enjoyed traveling to their beach home near Bethany Beach, Delaware. There they enjoyed boating on the nearby Indian River Bay. Dean also enjoyed tinkering at their hunting cabin near the Blue Mountain tunnel.

In addition to his parents, Dean was preceded in death by his wife, Marian Imes Keller who passed away on April 21, 2017.

Funeral services will be held on Thursday, June 16, 2022 at 11:00 a.m. in the Fogelsanger-Bricker Funeral Home & Crematorium, Inc., Shippensburg. Dean’s nephew, Pastor Tim Imes will officiate. Burial will follow in the Otterbein Cemetery. A viewing will be held one hour prior to the service at the funeral home.

Memorial contributions may be made to Four Diamonds at Penn State Health Children’s Hospital at P.O. Box 852, Hershey, PA 17033 or at fourdiamonds.org.