We're sorry but the candle you have selected is currenty in the process of being purchased or has just recently been purchased.

Please feel free to select another candle or check back in 15 minutes to see if the candle you have selected has been released for purchase.

We're sorry but there are no candles available for lighting.

You have already begun a candle purchase session. If you would like to continue with your current candle choice please click "Continue" otherwise please click "Select Another".

The lighting of a Memorial Candle not only provides a gesture of sympathy and support to the immediate family during their time of need but also provides the gift of extending the Book of Memories for future generations.

In the event that there is an error
in the information presented,
please contact the funeral
home by clicking here.

Obituary for Charles A. "Chub" Culbertson 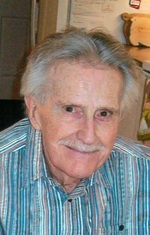 Charles A. “Chub” Culbertson 78, of Chambersburg, formerly of Shippensburg, passed away Tuesday, February 1, 2022 at home.

He was born June 12, 1943 in Chambersburg, PA. Charles was a son of the late Charles J. “Chub” and Betty Jean (Sackman) Culbertson.

Charles retired in March of 1995 from the State Farm Insurance Agency, Shippensburg. He was a United States Air Force Veteran during the Vietnam War. Charles was a member of the Oscar M. Hykes American Legion Post # 223, Shippensburg and proudly served with the Minutemen. He was a 1961 graduate of the former Shippensburg High School and earned his Master’s degree in English from Shippensburg University.

In addition to his parents Charles was preceded in death by one brother, Rick A. Culbertson.

Remembrance services will be held Friday, February 11, 2022 at 11 a.m. in the Fogelsanger-Bricker Funeral Home & Crematorium, Inc., Shippensburg. Burial with military honors conducted by the Minutemen of the American Legion Post # 223 will be in the Spring Hill Cemetery. There will be no viewing however a visitation will be held one hour prior to the services in the funeral home.

This Book of Memories brings those affected by loss together by encouraging communication and self-expression. By giving friends and family a special place to tell their stories and express their feelings of loss, it helps them care for one another during a very difficult time. Click on any of the links to the right to access features or information within this memorial website.