To share your memory on the wall of Brenda (Goodling) Hied, sign in using one of the following options:

She was born on April 3, 1950, in Chambersburg, a daugh... Read More
Brenda J. (Goodling) Hied, 70, late of Shippensburg, formerly of Harrisburg, departed this life on the afternoon of Thursday, February 4, 2021, at UPMC Pinnacle Harrisburg Hospital.

She was born on April 3, 1950, in Chambersburg, a daughter of Alma (Fry) Goodling and the late Richard Goodling.

Brenda worked as a teacher at the Central Dauphin High School from where she retired. She has been spending the last two years devoting her life to her mother’s care. As an educator and more recently as a caregiver, Brenda gave selflessly of herself and she will be forever loved and missed by her family and friends.

Brenda was preceded in death by her father and a brother-in-law, Gary Morrow.

Her memorial service will be held at 2:00 p.m., on Monday, March 29, 2021, at the Fogelsanger-Bricker Funeral Home & Crematorium, Inc., Shippensburg. Visitation will be one hour prior to the service on Monday at the funeral home.

Receive notifications about information and event scheduling for Brenda

Consider providing a gift of comfort for the family of Brenda (Goodling) Hied by sending flowers.

We encourage you to share your most beloved memories of Brenda here, so that the family and other loved ones can always see it. You can upload cherished photographs, or share your favorite stories, and can even comment on those shared by others.

Posted Feb 23, 2021 at 02:09pm
I knew Brenda in high school as bright and cheerful. We shared a few times socially after college days. May God bless her family and surround them with HIS presence.
Comment Share
Share via:
E' 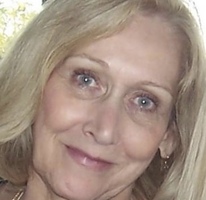